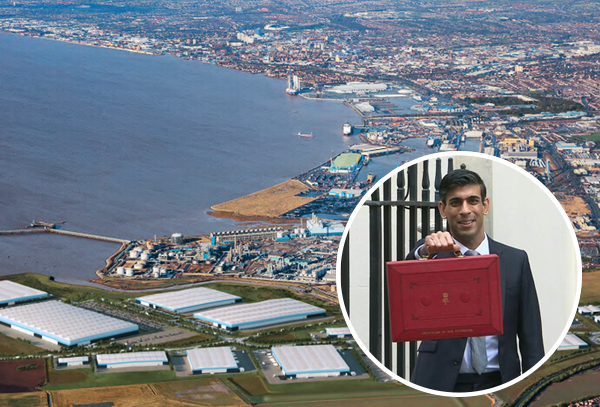 The Humber is one of eight Freeports announced in The Budget and houses the world-class Saltend Chemicals Park, managed by the pxGroup, where Pensana proposes to build its magnet metals separation facility.

The US$125 million facility, which will generate 100 jobs in operation, underpins the Company’s commitment to establishing the UK’s first rare earth processing facility with a view to creating the world’s first fully sustainable magnet metal supply chain; crucial components for the manufacturing of permanent magnets used in a range of advanced applications including electric vehicles and offshore wind turbines.

The Humber is the UK’s busiest port complex and uniquely placed to generate approximately 7,000 jobs, delivering on the Government’s twin ambitions to ‘level up’ the regions and decarbonise the economy. Under the bid led by Associated British Ports (ABP), the Freeport encompasses the ports of Hull, Immingham, Goole and major manufacturing sites.

“Our Freeports will have: Simpler planning – to allow businesses to build; Infrastructure funding – to improve transport links; Cheaper customs – with favourable tariffs, VAT or duties; and lower taxes – with tax breaks to encourage construction, private investment and job creation. An unprecedented economic boost across the United Kingdom” Chancellor Sunak said.

Each Freeport will consist of a broad range of facilities that benefit from Customs Zones or Tax sites as part of measures aimed at levelling up and generating jobs and investment.

The Humber Container Terminal is the UK’s northern trade gateway and a range of major projects are underway in the region in support of the Green Economy.

“We are delighted that the UK Government has awarded Freeport status to Humber. Chancellor Sunak has announced that Freeports will help the UK to ‘replace industries of the past with green, innovative, fast growing new businesses’ and Pensana exemplifies that pledge. It supports our view that it is no longer acceptable for British and European companies to import the raw materials critical to the Green Economy from unsustainable sources. We look forward to accounting for Freeport benefits in greater detail within the business plan the Company will announce imminently.”