The large project covers an area of 7,456 square kilometres is well located just 16 kilometres from the Longonjo Project and close to established road and rail infrastructure that leads to the Atlantic port of Lobito. 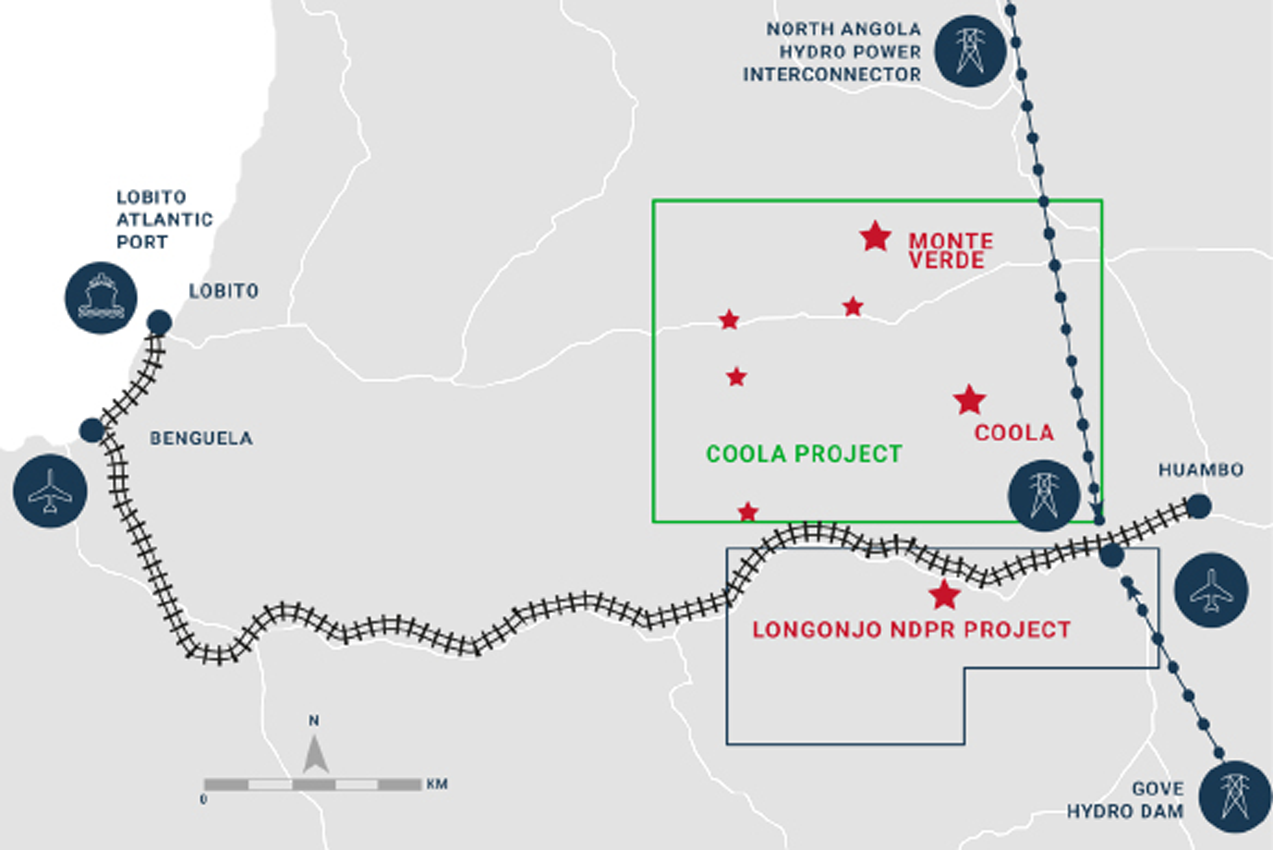 The new project lies just 16 kilometres north of the Longonjo licence and so is similarly located close to modern road and rail infrastructure that links the project to the Atlantic port of Lobito. Low cost hydro power is available at Caala, located 40km to the west and the provincial capital of Huambo lies about 60 kilometres to the west.

The Coola Project Prospecting Licence 059/02/01/T.P/ANG – MIREMPET/2020 covers an area of 7,456 square kilometres. Pensana holds a 90% beneficial interest in the licence with two Angolan partners each holding 5%. The licence was granted for a period of two years, renewable to 7 years.

“Our main focus is on completing the current programme at Longonjo and reporting an upgraded Mineral Resource estimate for the DFS, which is expected to significantly extend the mine life.

Having received the Mining Licence for Longonjo our plan is to capture and test the high potential brownfield opportunities within trucking distance of the proposed treatment plant which have the potential to increase overall production.

The Coola and Monte Verde carbonatite complexes are of similar size to Longonjo and have been identified as being rich in NdPr mineralisation.

We are very much looking forward to getting on the ground with the first round of exploration on these exciting new targets.”

The Coola and Monte Verde carbonatites, like Longonjo, are intrusive or volcanic ring structures containing carbonatite rock and are known to be enriched in elements and minerals associated with rare earth mineralisation such as fluorite, strontium, barite, phosphorous and niobium. They are also the same Cretaceous age (135 million years) age as Longonjo and part of the same regional geological event.

Previous academic work on the three carbonatites identified rare earth enrichment from limited rock samples with the maximum values of 3.64% REO from Coola and 0.93% REO from Monte Verde, comparing well with the 1.41% REO returned from Longonjo in the same study (Alberti et al., 1999).

The Coola and Monte Verde carbonatites have not been commercially explored and, like Longonjo, much of the area is covered by a veneer of ferruginous soil. The Company plans to complete initial soil, rock and geological mapping, which if successful may rapidly define drill targets.

The Company has also identified five alkaline complexes (geological systems prospective for heavy and other rare earths) and five strong geophysical anomalies that have a signature similar to known carbonatites within the new licence area. These represent ten additional defined exploration targets that the Company looks forward to rapidly and efficiently evaluating for their rare earth potential through surface sampling alongside the Coola and Monte Verde carbonatite systems. 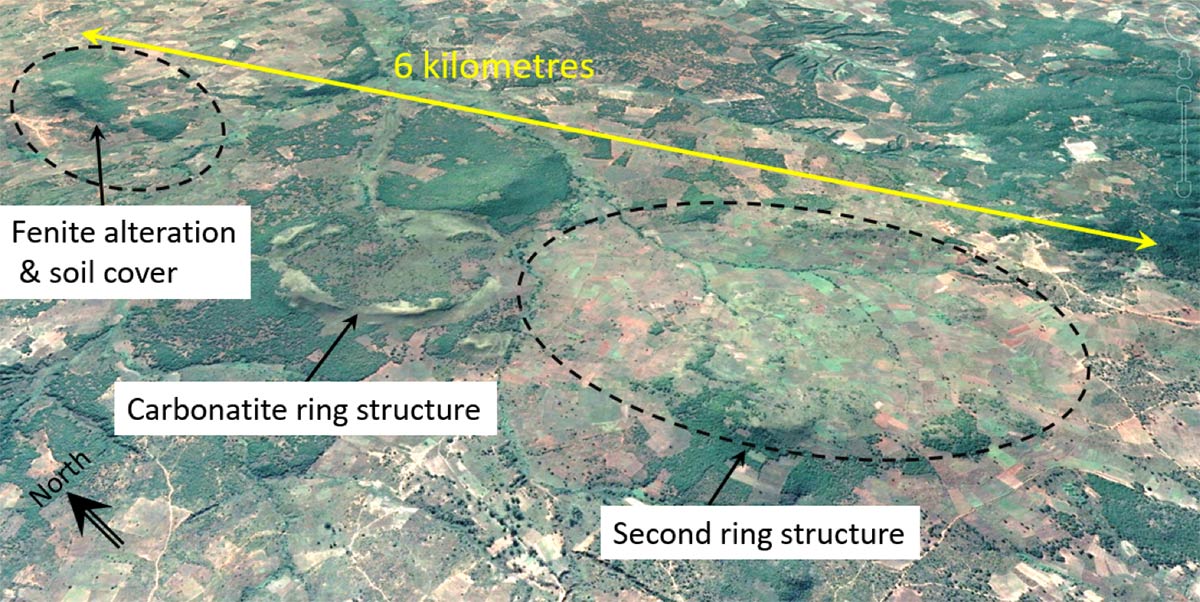