The potentially free dig offers a low waste-to-ore ratio, coupled with high-grade surface mineralisation, which together with the favourable location and the transport infrastructure already in place, distinguish Longonjo from the majority of other rare earth projects. 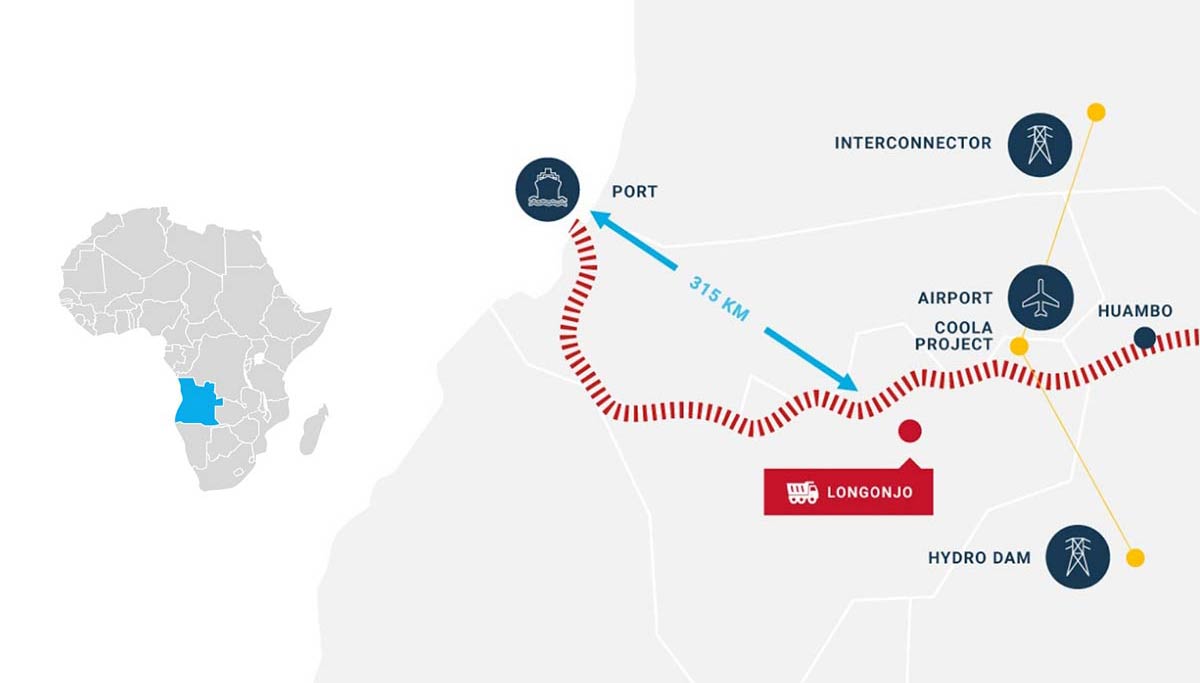 Taking advantage of the already well-established infrastructure of Angola, the project site is located mere 4 kilometres from the sealed national highway and rail line that connect the port at Benguela and the provincial capital of Huambo. It’s also in the vicinity of the power transmission line bridging Caala (38km east from the site) and the Luaca Dam interconnecter transmission line.

Why Invest with Us

At Pensana Rare Earths, we are committed to a greener future. Our goal is to provide industries with a low-cost, high-quality, reliable solution to drive the production of greener energy and the electrification of transport around the globe.

A number of previously announced drill holes in fresh rock mineralisation immediately below the weathered zone have reported continuous mineralisation to a depth of 80 metres, which remain open. Further drilling is planned in this area which will form the basis for future Mineral Resource estimation.

At a 0.2% NdPr lower grade cut, the Measured and Indicated Mineral Resource estimate for the Weathered Zone is:

The upgraded resource estimate is being incorporated into the technical studies currently underway and is expected to support an extended mine life on completion of additional workstreams of the Bankable Feasibility Study (BFS).

The Weathered Zone is contained within and is a subset of the Total Mineral Resource estimate.

1 Comparison of contained NdPr within the Weathered Zone Measured and Indicated categories at a 0.2% NdPr cut off, November 2019 and new Mineral Resource estimates.

2 Comparison of contained NdPr within the November 2019 and new Total Longonjo Mineral Resource estimates at a 0.1% NdPr cut off (Measured+Indicated+Inferred categories).

LSE and ASX announcement of 14/09/2020 contain details of the estimation.